After Sunny and Brian break up, he professed his love to Gretchen, who rebuffed him, calling him "an idiot." Brian denied this, and to prove it, he revealed that he had been pretending to be stupid since he started at the Multiplex 10, in order to steal from the theater without suspicion. Gretchen sold him out, though, and he was fired. According to the December 2007 Multiplex Examiner, Brian was arrested and likely to be charged with a misdemeanor.

Since leaving the Multiplex, he has apparently stepped up his young criminal career… 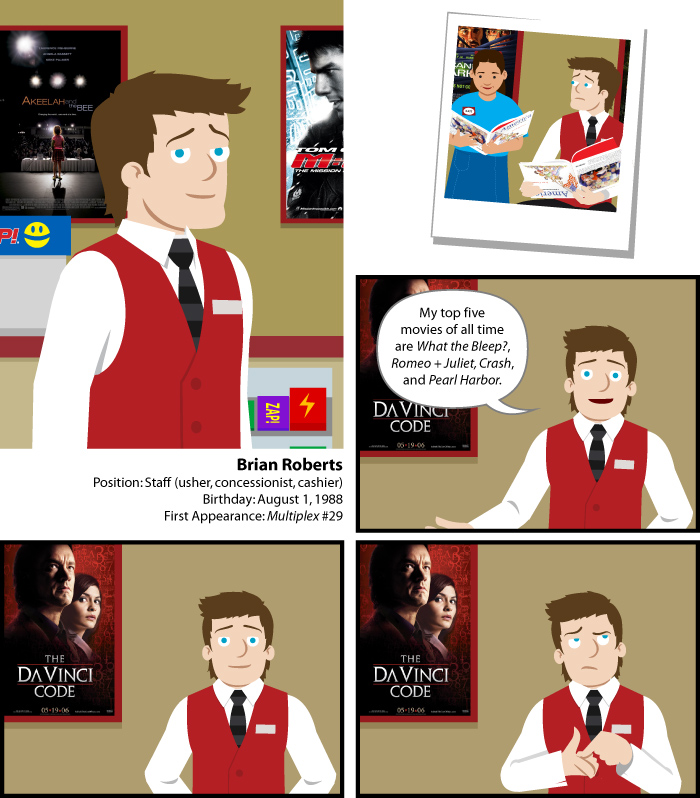