Sunny met and started dating Brian around the same time he began working at the Multiplex. Brian and Sunny were discovered to have had sex in the theater, which made the headline of the inaugural edition of Gretchen’s Multiplex Examiner. When she learned that he not only had been faking his entire personality, but also stealing from the theater and cheating on her with Gretchen, Sunny flipped out and hit each of them. Gretchen declined to press charges, while Brian wasn't given the option to, in light of his own arrest proceedings.

Sunny was promoted to Lead Box Office Supervisor (or Lead Cashier) in Spring 2010, but moved to working part time when she started an internship with a social work organization, working with Far West (Chicago) kids with emotional and behavioral issues, and sometime in 2013 she cut her hours completely. 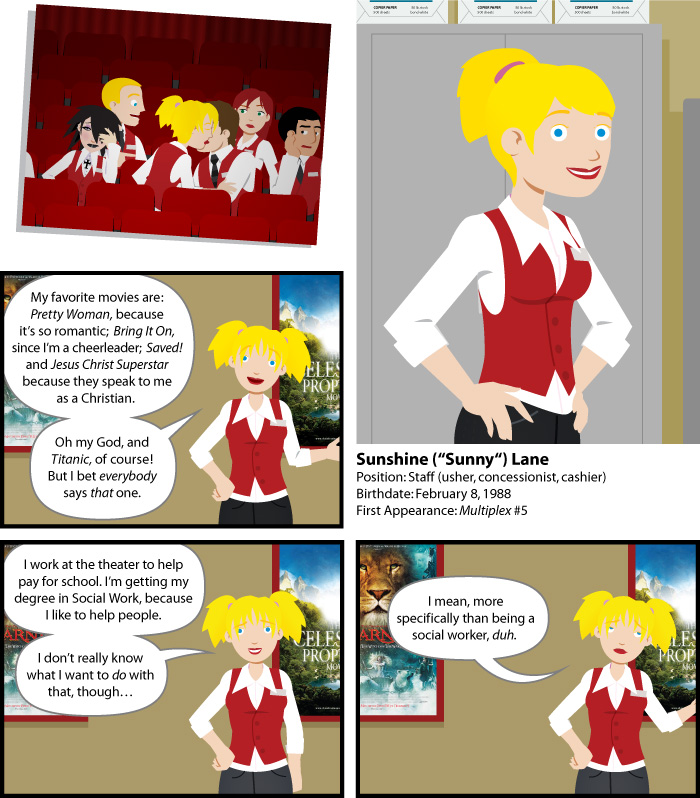